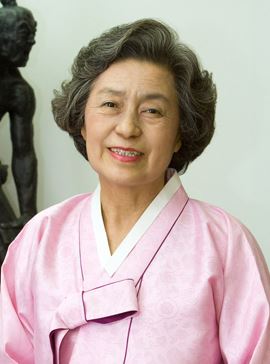 The character of ‘tea' consists of letters of human, tree, and leaves. It represents harmony of people with nature, and harmony of people through tea. Living is full of encounters. Throughout our encounters, there is tea. And tea is a natural part of our lives.

Tea ceremony helps clarify one's thoughts, enhances health of mind and body, builds discipline and shows consideration and respect for one another. We become more appreciative of others and that will help to develop a better society. Through enhanced understanding of tea, we can build a better society and the world.

Through tea, let’s share our appreciation of surrounding nature, culture and the people. And let’s all lead by example. Thank you.